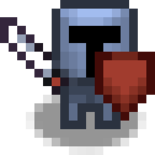 The Official Littlewargame Wiki
The comprehensive Littlewargame Wiki reference
written and maintained by the players.
We are currently maintaining 350 pages (33 articles).
Please feel free to contribute by creating new articles or expanding existing ones.

Littlewargame is an amazing browser based Real-Time-Strategy game with an active multiplayer scene as well as a map editor. It runs completely in your browser without any download, signups or plugin required. Just click 'play' and the game will start right away!

Choose your strategy, build your army & upgrade your weapons as you rapidly hurtle towards battles to decide your fate! With accessible mechanics and the full depth that real time strategy can provide, can you be the one to win it all?

And once you're confident you're the best, prove it! In ranked matches for pride, and rank!

Not sure where to start?

"There was a mass death rate upon the last war, and now each -old and new- species are declining. They have picked you to guide them, and make them flourish!"

Original concept and development by: Tubbinater

Extinction is a complete overhaul of all Littlewargame units, featuring a race system, new units and buildings, and a complete overhaul of gameplay and meta. The mod is the sequel to the famous "Species Game (2)", which ruled as a top-page game for most of its time. While most of it done, it's still being developed, and lots more to come out including a new race, Undead. You can also join the Extinction Development Discord: https://discordapp.com/invite/ckVTvhv

The Extinction is present in the following maps:

A fast-expanding strategic colony, with powerful infantry and cost-efficient heavy infantry. The powerful knights serve as a heavily reliable cavalry, and the ballista is both a reliable siege weapon, and a powerful anti-air battery. The human spellcasters are the best of all spellcasters in the world, with powerful area control, slowing, damaging, and healing spells.

Elven buildings are unarmoured, but regenerate. Their houses double as stationary defences, and their light infantry is agile and powerful, but vulnerable. Elven spellcasters are usually support, with healing and slowing abilities, as well as powerful anti-air spells and the ability to fly. The elves have two tech trees: infantry, and feys. Infantry are powerful and fast long-ranged snipers and warriors, while the fey consist of the mighty Ent with area control and damage output to nearly all kinds of targets, and the reliable spellcasters as support. They also have the ability to transport entire armies on their MIGHTY birds

Orcs are the fastest to spread race in the game, having the ability to create goblin warriors from their fortresses and houses to provide heavy earlygame agression, as well as mid- and lategame support. Orcs have the most feared and strongest heavy infantry out of all, alongside with their powerful and agile dire wolves and goblin riders in order to crush their opponents with swift strikes. Orcs are also supported by powerful wyverns who can deal extreme amounts of damage to unsuspecting worker lines, and strike down armies which lack the required amount of anti-air.

Hi. im johnson and im going to teach you a couple builds to each faction.

Human: this is rax except your castles are 25 more expensive. You have access to either better melee or better ranged. Most common human builds is Fe into house. Fe= fast expansion. From there you can make 2 barracks and theirs your start. Make workers all the while.

Orcs: quick train 2 workers and make a burrow. Then make ten units 5 goblins and 5 spear javelineers. Rush with these. Cripple the enemies economy. Once it is over u should have enough for atleast one expansion.

Dwarves: Make a worker and a bunker immediately. Then if your going bio make a tavern. If your focusing on mech get the first tier workshop. Make a couple of units then expand. Go upgrades mid game.

How to make a map Extinction mod (Beta)

Making your map have Extinction is easy and takes less than 1 minute.

3. Where you want the DESTINY to be (the house that lets you choose the races), put the starting ground.

And, thats it! Play your map and you'll see that the map reload itself and makes it Extinction. The map will also auto-update when Extinction mod is updated, keeping it up to date.

You *MAY* add new units or buildings to existing extinction, or override them. To override, you must create a new unit/building with the same id with the unit/building in Extinction you want to override. New units and buildings will stay in the game.

'Scorched Paths Ext' and '2v2 CloudKingdom Ext' uses this way, and is in testing. Play the map before deciding to use this to make your map Extinction. If you find a bug, please message JayEye at discord about it.

1. Doesn't work when in replay.